Back to pannels
Right behind you is where
the Yamaska Valley Farming Cooperative was located!

When we travel around the region today, we see that corn is what dominates the agricultural landscape. The times changed… From the early 20th century until the 1960s, the cash crop favoured by many farmers in the region was tobacco. Mr. Ovila Sansoucy describes for us how this type of field crop farming was traditionally practised in Saint-Césaire.

“I was a just a little guy when I started planting tobacco in 1915. My father had always been a planter. We used to plant around 15,000 feet of tobacco by hand, that would be nearly 2 arpents in area. We started in the spring. First we made hotbeds for sowing the seeds and growing the seedlings. Then, in late May or early June, we transplanted the seedlings to the fields. The earth had to be well fertilized and located at the water level so it would stay fresh and moist. Tobacco is a finicky plant—it likes a lot of heat and a little rain, but cannot stand very much wind or hail.

When grown, the plants were about three feet high and had 15 to 18 leaves per plant. The top leaves were the shortest and those in the middle were the longest. The leaves at the base were thin and small, and these made for the weakest tobacco.

Then, three weeks before harvesting the plants, we would snap the flower heads off. Suckers would also be growing between the leaf and the stem. These are new stems and you had to break them off or they would keep growing as tall as the parent plant and start to flower. In the early days we used to cut the tobacco plants with a hatchet, but later on we had a special harvesting knife with a wooden handle. After cutting the stalk at the ground, we got down on our knees and drove a 1½-inch peg at an angle into the small ‘cotton’ tip. After that, we took the plants by truck to the curing barn and hung them to dry. At our farm, this was a four-storey building. Inside, we had to hang the plants on rods and then let them dry for three months. After the curing stage, we would gather the tobacco in 50-pound bales for transporting to the co-op in the village.” 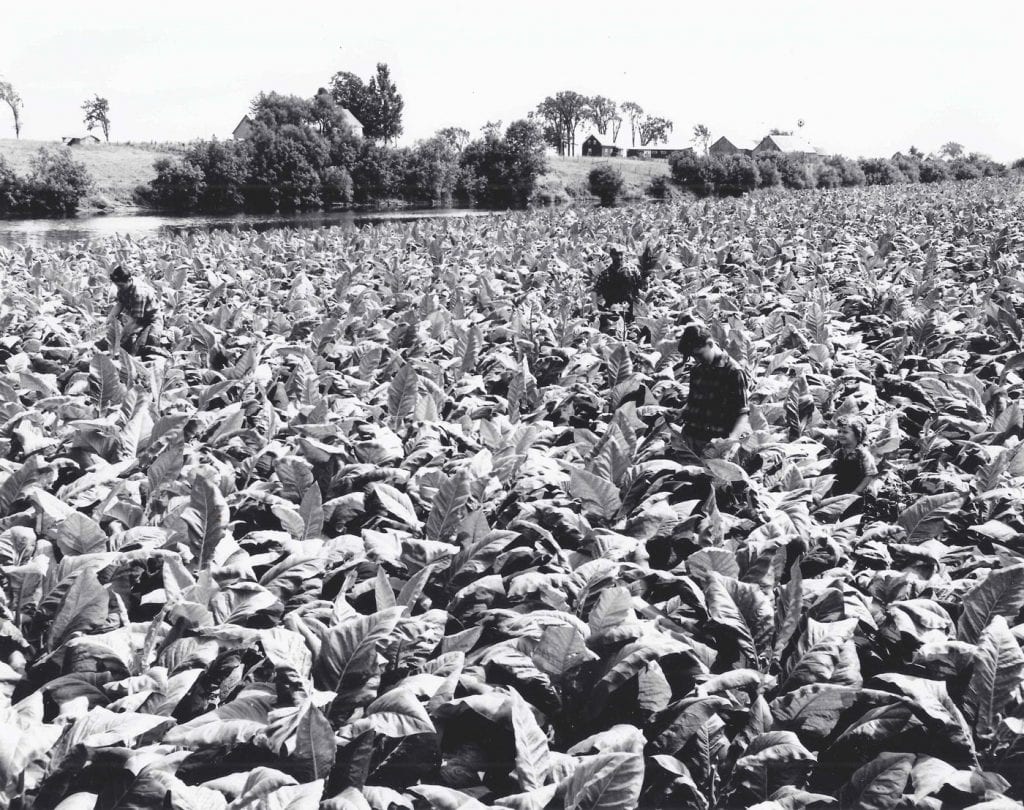 In 1956, at a tobacco farm bordering the Yamaska River in Saint-Césaire, Paul-Émile Larose and his sons are suckering the tobacco plants. They remove the new stems (the drageons or “suckers”) growing between the good leaves on the main stem of the plant. 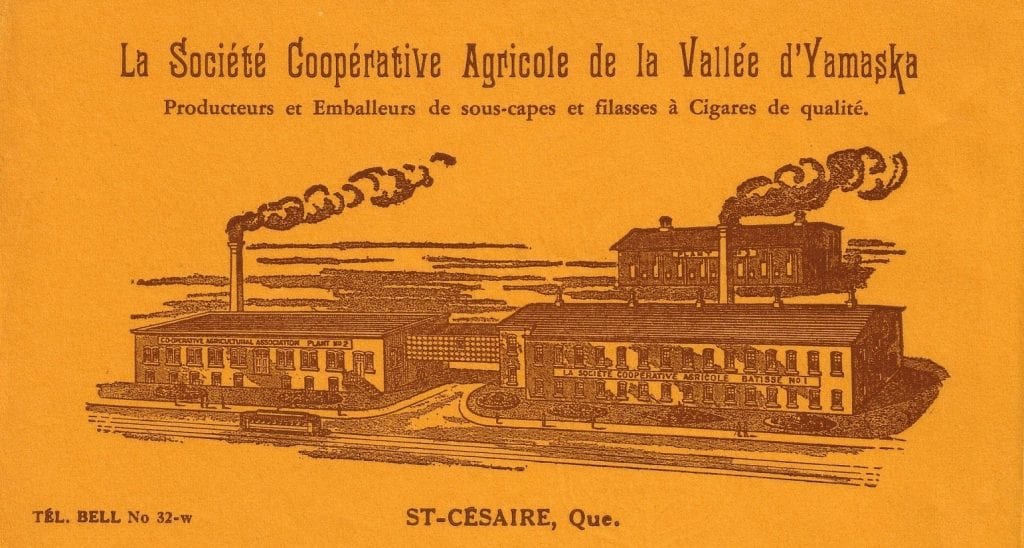 The Saint-Césaire train station and the buildings of the Yamaska Valley Farming Cooperative, circa 1920.

At the cooperative, most of the seasonal workers are women, but there is also a fair number of children and men who are employed for specific types of work. The men lift the tobacco bales, sort the plants and humidify the large piles of tobacco leaves (the mulons) used in the fermentation stage. They are also in charge of the curing and drying and will store the tobacco in boxes. This is the tobacco which the women and children will use to make the core of the cigar, the filasse. Around this core, they wrap the cigar with a slightly rougher tobacco leaf, the sous-cape or “binder”. The last stage of the rolling operation is to wrap the cigar again with an imported leaf of thinly-veined and more flavourful tobacco, the cape. These cigars and the rest of the finished products are sold annually to large international companies such as Imperial Tobacco and Benson & Hedges, or to more local packagers such as Rock City Tobacco, which markets popular brands of pipe tobacco like Rose Quesnel. In 1911, the farmers deliver more than 500,000 pounds of tobacco to the Yamaska co-op. In 1940, they will have their most successful year, with well over 2 million pounds being processed by the co-op.

A tobacco farming cooperative
in Saint-Césaire

In 1911, with the right soil for tobacco cultivation and a strong demand in the market, farmers join forces and establish a farming cooperative to process the tobacco grown in their region. On July 2, 1911, the new organization is incorporated as the Société Coopérative Agricole de la Vallée d’Yamaska (the Yamaska Valley Farming Cooperative). Five days later, the co-op purchases three arpents of land running alongside the Central Vermont Railway. The seller is Mr. L. Chabotte  and the price is $900. In the same year, the co-op erects a first building there at a cost of $25,000. It is made of brick and has two floors covering 200 feet by 60 feet. A boiler room measuring 20 feet by 30 feet is adjacent to the main building. On August 10, 1918, the co-op purchases the neighbouring building from Mr. Otto P. Brenner and this becomes Factory No. 2 for their operations.

Over the next 53 years, millions of pounds of tobacco from local farmers will be processed in these two factories. But in the 1950s, Canadian cigar manufacturers begin using a synthetic wrapper for the cigar. At the same time, pipe smoking is going out of fashion, and new health rules against smoking are coming into force. All of these trends lead to a decline in tobacco production across the region. For the Yamaska Valley cooperative, the end comes in 1965, when its tobacco processing facilities in Saint-Césaire are shuttered. The farmers now gather their tobacco in bales and ship it to the factory of the Saint-Jacques co-op near Joliette. The last tobacco harvest in the Saint-Césaire area is grown at Ange-Gardien in 1986. 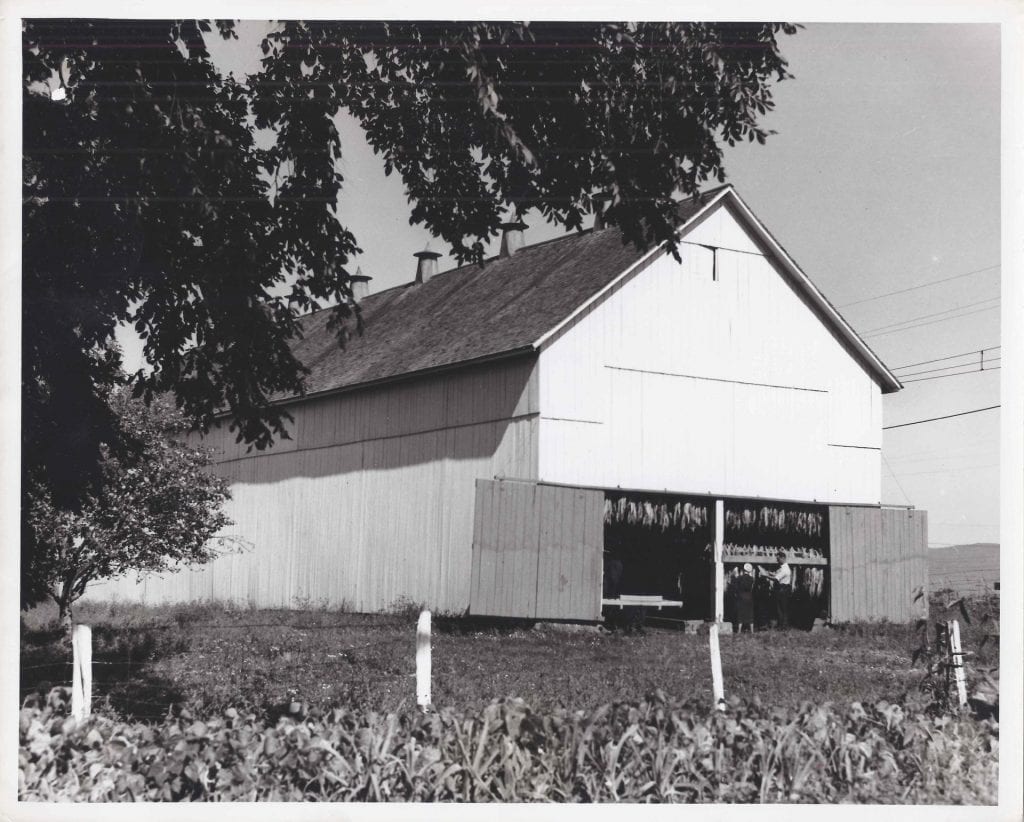 A curing barn four storeys high, Saint-Césaire, 1956. The tobacco plants were suspended from rods and hung to dry for three months. 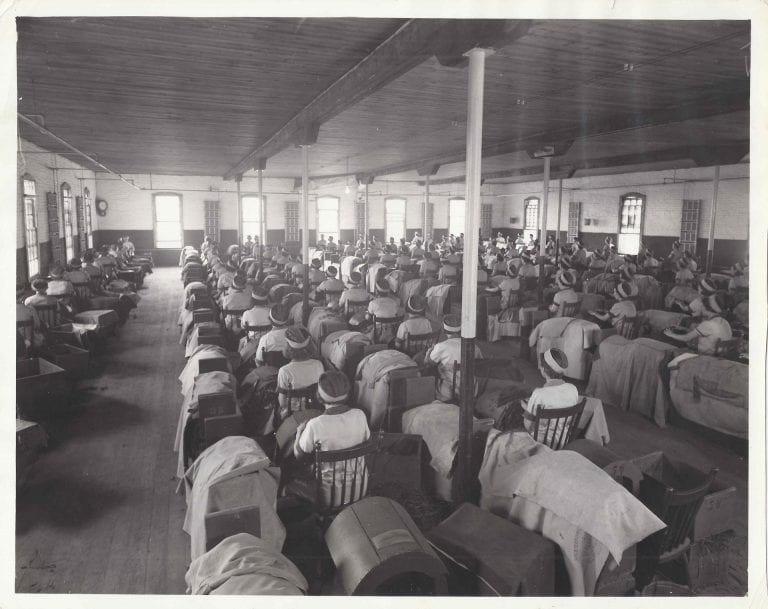 Women at work in transforming tobacco into cigars, circa 1940. 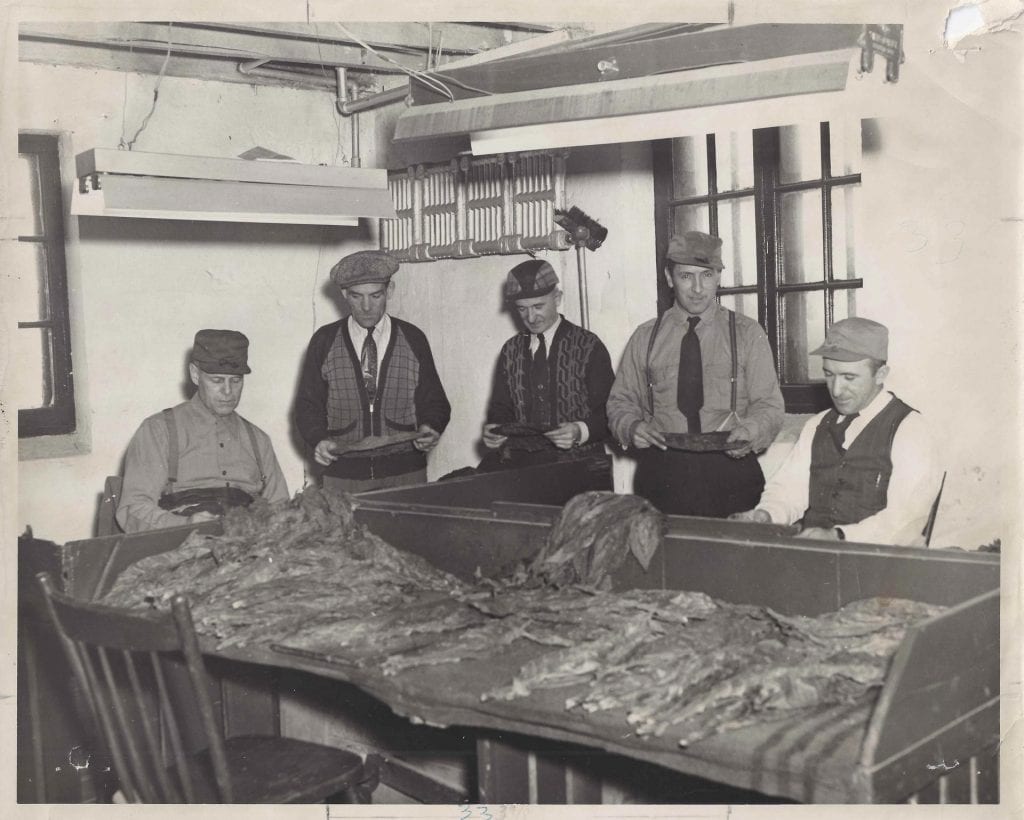 In 1952, we see the coteurs grading the tobacco plants for quality. Their scores will influence the price paid to the farmers. From left to right: Ovila Sansoucy, Frédéric Lafrance, Léo Giroux, Bernard Tessier and Euchariste Giroux. 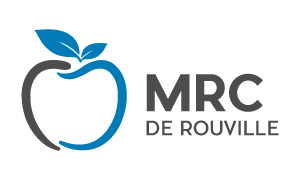